This project is a new building in the SoHo Cast Iron Historic Distrct of New York City.  The challenge of this project is two-fold.  First, being one of the rare vacant lots in the district, this project’s site also sits at the corner of the block.  As a result, our proposed design stems from a careful look at the historic precedent in the neighborhood of buildings that occupy corner sites that would ultimately be approved by the Landmarks Preservation Commission.  Secondly, due to the city’s local zoning laws, this building would require a special permit from City Planning to allow the proposed residential use, even though the neighborhood has seen heavy waves of gentrification over the last 25 years and residences are now commonplace along with many ultra-luxury penthouses atop the historic cast-iron buildings.

After evaluating the historic buildings carefully, our design develops the following conditions:  1- tri-partied façade—storefront level with a defined course at the head, repetitive intermediate levels, and a defined cornice;  2-  primary and secondary facades use the metal and masonry materials in a specific proportion;  3- the fenestration of the metal façade incorporates large windows while the masonry façade uses smaller windows.

Our design interprets the historic conditions listed above in the following ways:  1- the façade retains the tri-partied proportion of the surrounding buildings but using a modern material and formal vocabulary to define the architectural elements—ornaments have been eliminated and sleek preformed metal panels are used instead of cast-iron, but the storefront level, intermediate levels, and cornice are still defined;  2- the metal façade vs. masonry façade proportions found in the historic corner buildings are maintained to preserve the fabric of the neighborhood—the metal primary façade is along Broome Street and returns two bays onto Wooster, and the masonry façade is along Wooster with an articulated end bay;  3-  the metal façade uses floor-to-ceiling windows while the masonry façade uses conventional double-hung windows.

One retail unit is proposed (1600sf) and five residential condos (1800 sf each).  In addition, there is a private stair in the top floor apartment to a private rooftop terrace.  There is an inner court to allow all 6 floors to be built and still comply with the city’s zoning codes.  In the inner court, each apartment has a balcony overlooking the interior court that extends down the entire block.  The interior finishes are high-end, modern, and clean, and they complement the modernist articulation of the building’s exterior. 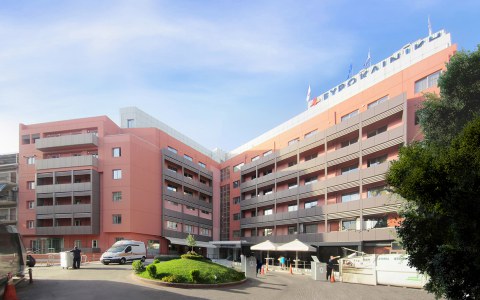 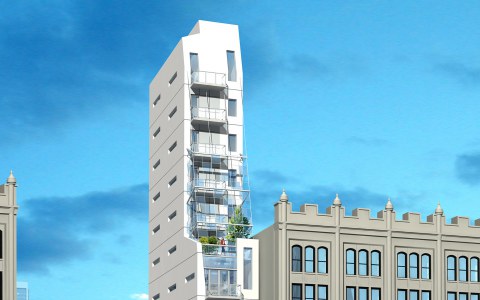 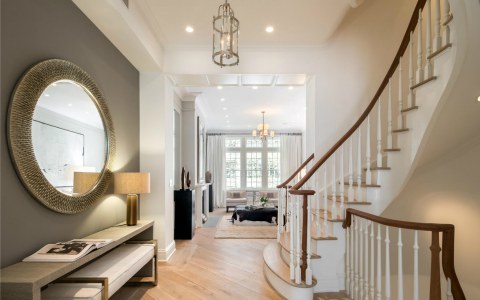 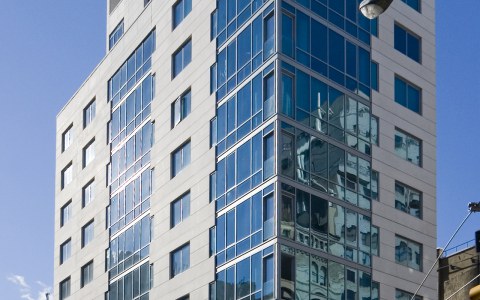